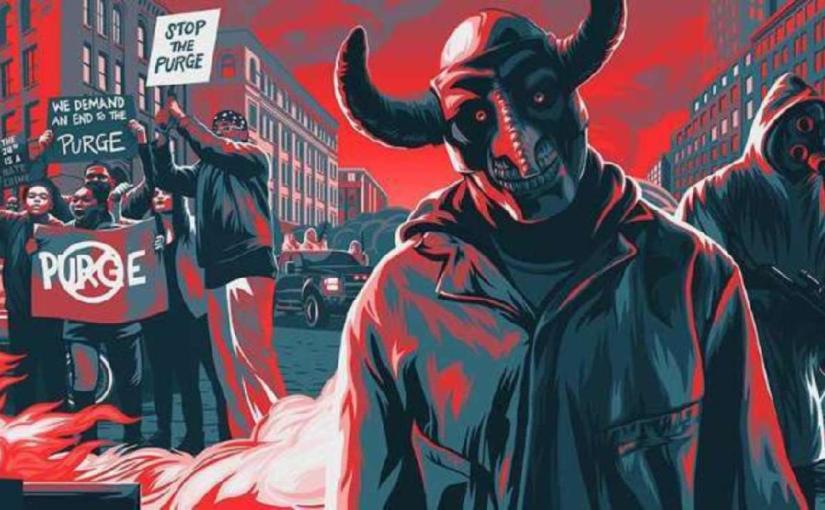 What has started of as a unique crime film idea four films ago has turned into a piss poor political statement film attempting to prove corruption in government for the United States of America. The most recent installment takes place prior to the first three films as an experiment for the first Purge. It is a supposedly health and social experiment that turns into a strictly political experiment to kill off the unemployed, the poor, the low income housing ghetto’s, and potential criminals. This movie falls short in every aspect on the big screen. None of the film’s plot holes, poor framing/lighting, and lower quality production is forgivable either.

Each participant in this purge is dehumanized in the lab by a new political party called the NFFA, which is trying to show how the U.S. is dehumanizing people of color through racism. Nearly the entire film built on the premise of black lives matter and a political statement. Even putting this statement on the forefront, The First Purge still comes up empty when attempting to show the real issues in a political manner.

The 4.3 I gave this movie during the podcast was forgiving. After more of an analysis of the film (And seeing it a second time) it was awful. I would have to give this a 3.7 out of 10. This film falls short in nearly every aspect. It’s only saving grace was the films main character follow Dmitri (Y’lan Noel) who may have a potential future in acting if he sticks with it. I recognized he was not bad, especially with an empty script with hollow material. He found a way to portray his character Dmitri in such a manner it seemed believable at times (others I just laughed).