Riot Games has done an incredible job with their property League of Legends. They have kept evolving League of Legends to keep it one of the most relevant games of the last decade. The game has kept the community afloat, but the lore is so enticing. We have also seen Riot Games bring in their version of auto chess with TFT, and they have don’t fascinating things with it so far. The last decade has been remarkable for Riot Games, but 2020 might be their best year yet.

The year is starting strong with Legends of Runeterra. Riot Games just released their new online card game this past week, and the game is bringing in many player bases together. Legends of Runeterra is bringing players from League of Legends and the hardcore online card game players to one place. Runeterra takes the beloved champions of League of Legends and brings them into a card-based game. The game has a Hearthstone feel mixed with Magic the Gathering. It has a Mana system that each round your team regenerates Mana equal to which round it is. There are 3 phases to each turn, summoning, battling, and blocking. The game has introduced 2 dozen champions so far to help build your deck around them. They did an excellent job of bringing in popular and non-popular heroes into the mix to begin. It is also fantastic that they have brought in different types of decks for different play styles. You can construct a deck around gradual building teams, one card focused, or swarm compositions.

The game has a very balanced system for being so new, but every game has its problems when it launches. Legends of Runeterra has some issues at times with the pace of the matches. Rounds of Runeterra can be extremely prolonged because of the sectioned phases. It does allow for players to be creative with their turns because you can get back into the game with extra summoning, or you can go through the standard attack phases. Outside of the prolonged matches, Riot Games has done a fantastic job thus far. The animations in the game for special moves or champions are pleasant, and the game is reasonably balanced for how new it is.

It is impressive to see what Riot Games can do with their other ideas with the world of League of Legends. There is so much more to come from the studio in 2020. What are you most excited for in the upcoming year? Have you had a chance to join the fun in Legends of Runeterra? If so, let us know in the comments below what you think of it so far! If you enjoyed the article, make sure to follow us for more articles like these! 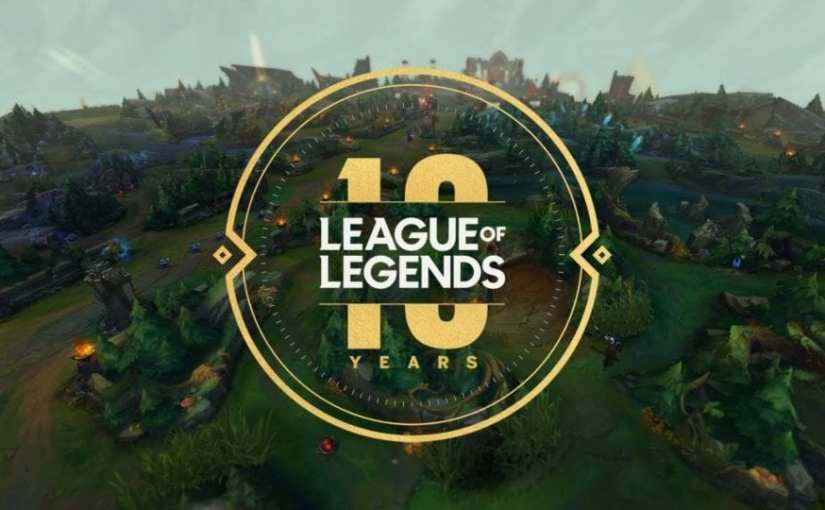 There has been one game over the last decade I swore to never get into, and that is League of Legends. I have not been able to place my finger on the exact reason for this, but I finally changed my mind about two almost three years ago. I have always heard about how toxic the community is, and that pushed me away massively. The other tremendous turn off from League of Legends is the lengths of matches as well as the insane amount of time you have to put in to be average at it. I had a few friends who finally pushed me into trying the game a few years back, and I must say I am glad I powered through. Now that season 2020 is here I need to express my opinions on the cinematic, and changes to the new season.

It blows me away how excited a community can get because of a new season in a video game. It is not just because of the fresh start of the new season, but also the incredible cinematic that comes with every season start. When Riot released 2019 cinematic, I remember watching it over a dozen times. Every year they seem to do a great job, and it looks ridiculous. Riot Games brought in some of the very visually interesting characters for this cinematic.

One of my favorite parts for the cinematic is the fact they brought in some of the newer characters for this year with Kai Sai and Sylas. It was fantastic that they brought the Sylas lore full circle with Garen and Lux in this trailer. They do another incredible job with the music in this trailer. Riot needs to turn the franchise into an animated series.

In the last two years of playing League of Legends, I have slowly learned more and more about the game. I love the amount of process I have made over the last few seasons. It is astounding to watch myself grow throughout the games life span. I started at the absolute bottom of the rank system in Bronze V. By the end of season eight, I made it just into silver, and last season I broke into gold. I am going to set my goal for season ten to either break into platinum or be in the high gold range! I will continue to stream my process through the season.

Riot Games has released a plethora of new characters from season ten pre-season into the beginning of the new season. I can’t believe how many changes happened to start this season. They added a couple of new items for lethality, and they changed the support items. They made a complete change to how dragons and rift heald works. Dragons now have a much more prominent role thanks to the Dragon Soul and the new execution for Eldar Dragon. Also, rift herald now spawns two times before Baron, but with much less health and strength. Riot is also trying something new by adding a handful of characters at the start of the season. It has made the start of the season so exciting with everyone trying to learn the new characters.

We will have to see where this season goes. You will have to make sure to keep up with our progress on stream! What do you think of season ten? What are the most exciting changes to season ten League of Legends, in your opinion? Who is your favorite new champion for this season? Let us know in the comments below! If you enjoyed the article, leave a like!